This is me back in May of 2016. Almost exactly 4 years ago. Pre-COVID, Pre-Trump getting elected. Even with all of those things not having happened yet, my life was somehow still full of problems.

But that day I made a choice, after making many before it. But it a was a finalizing, equalizing, definitive choice.

Some might have seen the actions I made that day as simply an effort to leave my ex-husband, but those who know the truth, know that it was so much more than that.

If I have learned anything from my experiences in the last four years, is that when things end, everyone has their own narrative about “what happened”.

Well, here is mine.

Back in 2016 I did a few things. First, I typed “THE END” on the last page of my first draft of a finished manuscript. It was a painful haul. I was drawing much of that narrative from personal experience, including confusing and difficult friendships and relationships I endured during my adolescence. I was having conversations with people from that time and hoping to glean their perspective and narratives to keep myself honest.

I was also staying up all hours, not sleeping in my own bed, forgetting to eat, and admittedly letting go of my daily effort cling to and fix a person. I was also letting go of a relationship that just wasn’t working anymore.

Disclaimer: I recently deleted a few teary recordings of myself that I couldn’t bear to listen to until recently, recounting what I was going through and how it was all affecting me. It was eye-opening but I remembered what I was trying to do with all of that in the first place. I was learning to be honest with myself.

As ayemtea, I was writing poetic serials. I had an active following. Daily I would post these poems that you could probably consider productive procrastination while writing my novel. But I had a lot of words stuck in me that wanted to come out. During my teaching job, while a student was taking a test or reading quietly to themselves, I was writing. I was outlining my book or I was writing the poem that I would release that evening over IG.

When I wasn’t teaching, I was working retail to supplement my income…and having an awful experience. But it was how I filled my time. What was the rest of my time filled with? Church. Believe it or not I was very active in Evangelical circles. I was in that life mostly because I was pressured into it by my ex-husband and some friends I had at the time, but I will own that I walked into that life willingly.

I was convinced that I was doing my best to better myself. I was trying to give back and see the big picture and believe in something bigger than myself and all that nonsense. All the while I was decidedly losing who I really was. I was burying her under suffocating doctrine that I didn’t even fully believe in.

If this post is littered with links, it’s just in an effort to show how I have tried to explore these difficult chapters of my life through writing, which is something I have always either done wittingly or unwittingly. And I know it has helped me.

But it also pushes me. Once the word-well runs dry, it’s time to take action and that is what I did. I’ve made decisions like this before, and had long journeys, and struggles and have been in the wrong, certainly.

Like I said I will always own my part in whatever goes wrong because it always takes two. But that’s ultimately why, despite the litany of reasons I could give. I left because I was the only one doing that.

It was strange. The day I decided to leave, I no longer felt any of the things that kept me hanging on. It was if I had spent time working through all of them, literally iterating my life to somehow get it back on track, but it just refused to do so. I couldn’t go back to being the person I was before certain things happened. There was no going back.

And even now life is never easy, but one thing I learned is that I will never again pretend to be something I am not. It seems fun to think that you could mold yourself into someone that everyone finds agreeable and likable and great, but if that isn’t who you are, eventually the true colors come out. And you know what, that’s okay.

Love is about embracing those colors. And once more if you can’t then maybe it wasn’t love to begin with.

I’m not saying I’m not a good person. But that was the rub. The definition of good for some is a much higher standard than what it is for others. For some “good” is an impossible, inhuman standard that involves crushing your soul into a box that keeps getting smaller. And I refuse to do that.

For #ForwardFriday, think about your own journey. Do you have stories like this? Are they painful? Are you embarrassed to share them? I know, even talking about this, which I never really do publicly, was terrifying. But I have to be true to myself and who I am. I hope you can one day do that too. 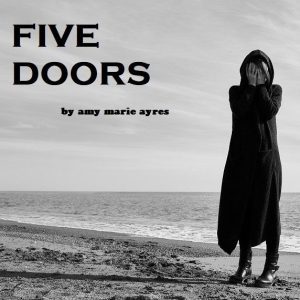